Twenty eight months of being immersed in the IoT domain has had me convinced that it is no different than a typical Bollywood potboiler. It has tragedy (Wink’s untimely demise), drama (Apple-Google-Amazon cold war), thrills (Multi-billion dollar acquisitions), romance (Homekit & Weave partner programs) and much much more. I seem to be watching the story unfold from the front row, with popcorn and 3D glasses in tow, and it has been a riot!

Unable to control my euphoria about the big 3 (Google, Apple & Samsung) in the Consumer IoT space, I wrote a blog about them and it had me wax eloquent about their investments, strategy and product development. It was mid-2014, the race had just begun and the verdict was still not out but clearly these three were positioning themselves best to their capabilities. A quick recap of it:

Since writing the blog a lot has happened! Google has currently captured pole position by coming at the IoT domain from every possible angle!!! Integration of Nest Thermostat- Protect-Dropcam, introduction of Brillo (IoT OS), Thread (A protocol for peer to peer interaction) and Weave (a common language for all IoT products)…and if that was not enough they went on to acquire Revolv and then commercialize its hub (called On-Hub now). Just ranting off their accomplishments, in the past year, has the Bollywood junkie in me wanting to do cart-wheels, clap in jubilation and whistle with my hands in mouth.  Let me explain why. What this really means is that Google believes that in the long-term in a hub-less house, your Nest thermostat will be the central device connecting to the external world. All IoT devices using Weave, and in essence Thread as the underlying protocol, will talk to each other and act as repeaters with possibly a single application wrapper for the end customer. Not to forget they have also created Brilo (a stripped down version of Android) for developers to use as the OS of their devices and then inadvertently become a part of Google’s ecosystem. Master Stroke!

Apple is playing the long game by ensuring that their Homekit certified partners adhere to stringent security requirements, use a proprietary chip and possibly a different frequency on devices; which really translates to being expensive, adds cycle times to product development & testing and ensures most companies either choose Google or the Apple ecosystem. Google on the other hand has chosen to enable startups to GTM quickly and be a part of it’s tribe, so to speak. There is no right or wrong answer; it’s just different strategies with different intents and different product lifecycles being targeted. 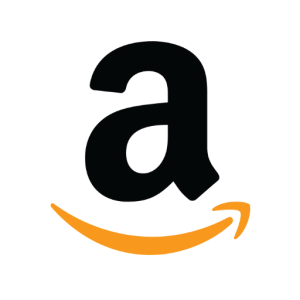 The one glaring omission on my part has been to not really discuss Amazon, so far. To be honest they are taking rapid strides and are leap frogging companies who have been trying to carve out a niche. Their plays, in the sequence of appearance:

As you can tell, there is never a dull moment when you have the awesome four-some jostling it out. To add to the drama we now are living through the cold war of them not carrying each other’s products. From Apple discontinuing the Nest line in their retail locations to Amazon doing a stop sell on Apple TV and Google’s Chromecast services. I personally am not sure who is going to be the end-winner of this fast expanding ecosystem- but this larger than life rivalry to out-do each other, rapid product development and commercialization, evolution of multiple protocols, standards and OS’ specifically for IoT can only bode well for the end customer. We are far from reaching utopia where the physical world moves away from just being “smart” or “connected” to developing a conscience and reacts to our unique needs but with these 4 companies pioneering the way has us all collectively head in the right direction!