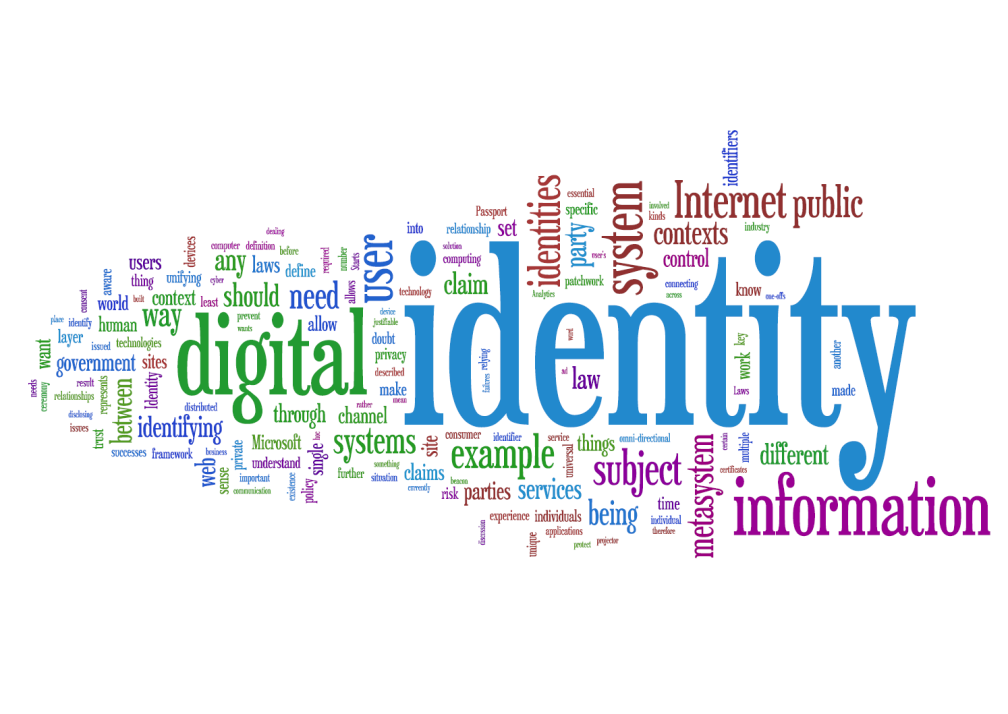 The Internet without high assurance identity services is akin to a house without plumbing and electrical wiring. As we collectively start launching services (Mobile Connect, Identity Verification & others) the hope is we build a strong foundation to allow Digital Banking, IoT and other services to unleash their true potential with a friction-less user experience.

From my perspective here are the top 3 issues with Identity today:

Issue #1: None of the existing products largely address the markets needs

In February of this year, I went to Barcelona to attend MWC, where over 150,000 telecom professionals from around the world congregated. It was the perfect place to discuss the latest developments and trends in Digital Identity & IoT.  I had one evening free to myself, so I decided to walk around the city. Given Barcelona’s reputation, right before I left my hotel room I took all my important identity documents i.e. passport, credit card, driving license and locked them up in my room’s locker….and dually walked out with my prepaid euro chip and pin card. So the point being the things that were important to me were locked up in my room- safe and secure, as they should be but I had no access to them….which is the exact issue or problem with the digital world.

Issue #2: There is an immediate need for a High Assurance or Trustworthy Digital Identity solution

Often done to death, but worth a quick mention is the fact that the terms “digital world” vs “real world” are becoming so intertwined that soon we will be unable to distinguish between them. Terms such as “Away from Keyboard” (AFK) might become more prevalent. Given that I sleep with my cell phone 3 feet away from myself…AFK never really happens, until and unless my device runs out of battery these days.

Issues #3:  We want everyone else to provide their police clearance certificates to prove their identity in the online world but do not want to do the same at their end.

An interesting episode from my life a few months back, highlights the most important issue I believe plagues our digital world. I have a 10 year old niece, and she and I discuss all things important. She along with her friends were setting up a musical concert in the neighborhood and wanted to promote it online. In a bid to engage more people she was contemplating discussing it on 2-3 chat groups, which she thought were relevant. The moment I found out, I told her she had to keep 2 things in mind:

Here in lies the paradox…we want others to provide all their identity related information, but do not find the web safe enough to share our own….. this is a log jam!

PS: The intent of writing this quick piece is to engage my stakeholders, so please comment and help me better understand your needs.

Five months of heading the portfolio and it is becoming glaringly evident that “Digital Identity” has dramatically different affect on people. For a large majority it seems to be the code word for “now the eyes glaze over and I read emails” but every now and then I run into a handful of others whose ears perk up and a warm smile engulfs their face saying, “about time someone did something about it”.

What is Digital Identity?

There are way too many definitions & perceptions about digital identity, which partly is the problem.  For me, it is as simple as “a mechanism for an individual or a business entity to identify themselves on the internet with some level of assurance (trust).”

Some of the others include:

Companies such as Google and Facebook create online profiles of people to provide a focused, relevant and contextual experience. For e.g. if I searched google images for the key word “Jaguar”, I would instantly be shown images of a car whereas my wife would be shown images of the almost extinct Panther species.

I came across a company from the UK, whose tag line is, “When your heart stops beating, you’ll keep tweeting’”.  It is somewhat of a controversial app that updates an individual’s Twitter feed in the same style as they would normally tweet. In essence ones digital persona would continue to live even beyond the grave. A very interesting thought indeed.

Why should one care about it?

What are the different levels of assurance of digital identity?

The following chart helps provide a framework to begin to better understand and categorize the various levels of assurance & Strength of Authentication across multiple digital channels: 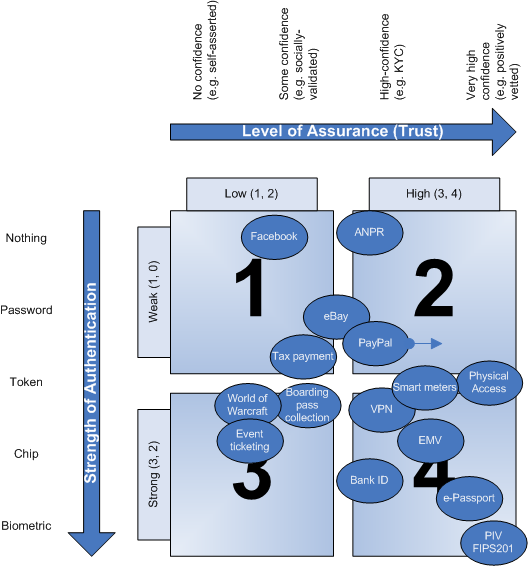 Digital identity is evolving quickly and is becoming a key enabler across multiple portfolios; be it IoT, Security, mobile wallets or e-commerce.  Consumers are being presented with a greater variety of low assurance authentication methods as the competition to become the de facto identity provider among some of the world’s biggest companies is heating up (Apple, Facebook, Google, Amazon etc.). On the other hand Telcos(AT&T, TELUS, Vodafone, O2), Banks and Governments are focusing on higher assurance authentication methods, where its imperative to know the identity of the person on the other end (Medical Insurance, Drivers license renewal, Access to medical reports, Registry services etc.)  It clearly is a fascinating space right now and I can’t wait to see how we help it evolve over the next few years!